This is the astonishing moment Donald Trump appears to fail to recognize his armored limousine nicknamed ‘The Beast’ after he arrived on Air Force One.

Mr Trump turned right after walking down the steps at Andrews Air Force Base on his return to Washington following a weekend visit to his golf club in Bedminster, New Jersey. 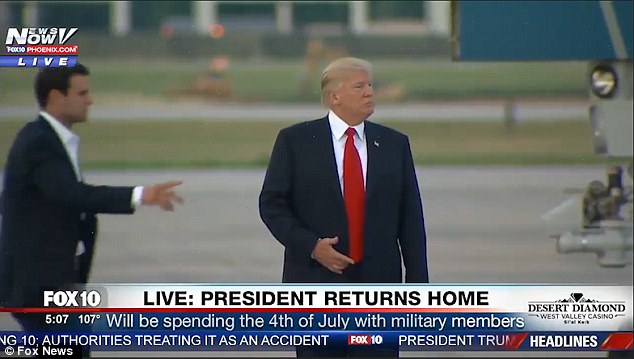 Instead of getting into the car – which has a large presidential seal on the door – Trump walked along the side of the distinctive 18-foot-long vehicle searching for his ride to the White House.