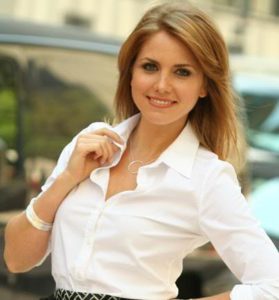 This Fox News anchor was hired by Roger Ailes in 2007, and began anchoring Fox Business Morning along with Nicole Petallides. She previously graduated for m UC – Santa Barbara and is the daughter of former NFL quarterback Bob Lee

Prev2 of 17Next
Back to Top
Close