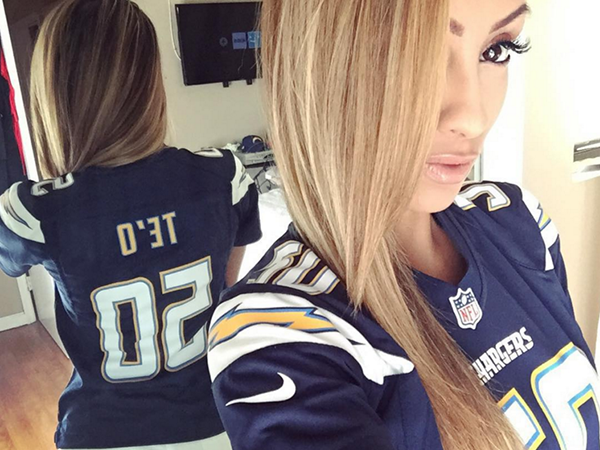 San Diego (LA?) Chargers linebacker Manti Te’o was the victim of a particularly strange catfish scandal back in 2012. His girlfriend, a Stanford University student Lennay Kekua, had supposedly died in a car crash. It turned out that Lennay Kekua never existed. Te’o had been tricked by a man pretending to be a woman online. It’s safe to say his new girlfriend Jovi Nicole is definitely not a catfish.

Prev1 of 19Next
Back to Top
Close