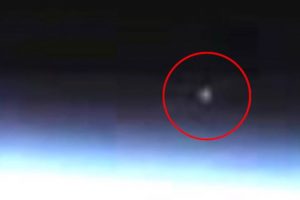 We recently came across a publication stating that “UFO believers are accusing NASA of cutting the International Space Station’s live feed to cover up a mysterious object entering the Earth’s atmosphere.”
Right off the bat, as with many other media outlets that choose to cover this topic, the writers lack of knowledge is evident, at no fault of their own. Sure, a few years ago it might have still been appropriate to use the statement “UFO believers,’ but today it’s a verified fact that the existence of unidentified flying objects (UFOs) are real, it’s no longer a fringe topic.

We know this to be true through many sources, one of them being the fact that dozens of governments around the world have released previously classified ‘UFO files’. On top of that, we’ve seen files released via the Freedom of Information Act (FOIA), as well as statements from hundreds (if not thousands) of  high ranking military and political personnel and various researchers within academic circles.

Below is a clip taken from the International Space Station (ISS) feed on July 9th and uploaded on YouTube. Nobody is claiming that the UFO is manned by extraterrestrial, but there is an unidentified object and yet again NASA cut the feed like they did last time. To be fair, this object could be a meteor, or space debris, but once again we see secrecy and impeccable timing.

Prev1 of 3Next
Back to Top
Close