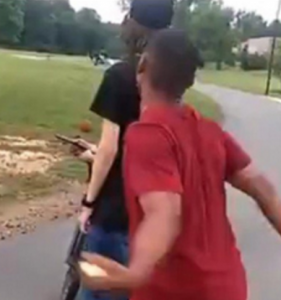 A shocking racial hate crime was perpetrated in Arkansas, but unluckily for the vile thug who did it, the entire crime was caught on video — and he is about to pay a big time price.

A 16-year-old brass knuckle-wearing thug named Kane Millsaps decided to sucker punch a 12-year-old boy while bearing a smug grin – in one of the most horrifying incidents of the “Knockout Game” we’ve yet seen.

Prev1 of 3Next
Back to Top
Close